Here are this week’s five interesting articles, handpicked by yours truly.

A History of Enterprise IT in One Slide [AIIM Digital Landfill] 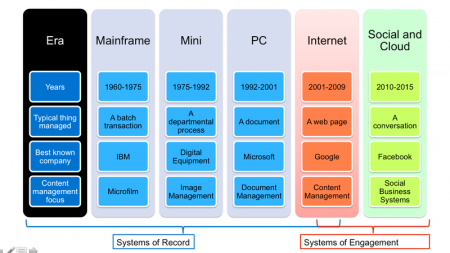 I love a good graphic, and this one is a pretty clear illustration of computing history.

FAST for SharePoint 2010 (FS4SP) is one of the newest and coolest features of SharePoint 2010. FAST was a major acquisition for Microsoft and it is one of the top Enterprise Search engines in the Gartner quartiles. Combined together, Microsoft really has a best of breed platform for managing content and building enterprise solutions.

It’s unknown at this point whether we’ll pursue adding FAST to our SharePoint 2010 architecture, but this article provides a good overview of the technology.

Over the past year, about 70% of Evernote’s new users came from mobile app stores, mostly iOS and Android. This led us to the understandable conclusion that mobile was the crucial thing that made a platform attractive to independent developers. Last week made us realize that the reality is a little bit more nuanced. It isn’t mobile that’s overwhelmingly important, it’s the app store. Until a week ago, all the good app stores just happened to be on mobile devices, but someone with a shiny new Macbook is just as eager to get the best apps as someone with a shiny new iPhone.

This article points out something interesting – we’ve all seen the explosive growth in mobile devices, be they smartphones, tablets, eReaders, etc. One of the underlying reasons is ease of use, specifically around finding and installing software. I think this concept is adaptable to the enterprise. Why can’t we have a company app store that allows employees to browse and install useful software? This basically exists at the helpdesk level, but currently they need to run the installation. Employees can’t easily tell what software is available to them, and for licensed software, how much it costs. An app catalog approach would allow easier access to productivity-enhancing tools, while at the same time give IT an easier view into what software is really useful to the end users.

But people who have taken their iPhone 4s into Apple Stores for repair have apparently been noticing something a little bit different when they got it back: The screws were no longer Philips but some bizarre new flower-shaped ones referred to as a “pentalobe security screws.” And you almost certainly do not have a screwdriver that will fit them. In fact, no one does, except Apple.

Of course, it’s Apple’s prerogative to keep you from tampering with your iPhone, but quietly introducing these new screws to customers’ iPhones during unrelated repairs is patently absurd. You go in with an iPhone you can open up with an eyeglass repair kit, you walk out with one that’s sealed like Fort Knox. It’s outrageous for Apple, or any company for that matter, to think that they can alter a product without permission once it’s been purchased, swapping out parts willy-nilly as they come up with better ways to entomb the device. It’s more than a little bit underhanded, and it’s exactly the type of behavior that leads some people to think that buying Apple stuff is akin to being trapped in a technological prison cell, albeit a beautifully appointed one. The message here is that the user is totally powerless in the Apple domain—especially so in their physical domain, the Apple Store—and that regardless of whatever you think that transaction meant, these products still and will always belong to Apple.

There’s an interesting debate going on in the technology space (and often related to Apple) about what portion of something you purchase is still owned by the company that produced it? There seems to be movement in many areas towards the individual not actually owning what they purchase, instead only buying a license to use it (Netflix, most software applications, iTunes). The debate is now being pushed into the hardware realm as well.

The other interesting lesson here is that within hours of this article there were several vendors selling the right parts to give iPhone users control again, such as iFixit’s iPhone Liberation Kit. The lessons? Silly screws never stop a determined person. There’s a new market born every minute. And the appearance of security is usually just that. 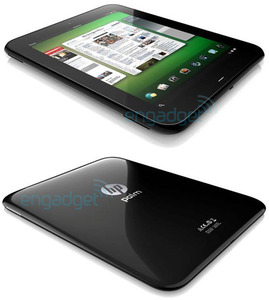 If you don’t know the history, Palm (the company that made the first, great PDA – the Palm Pilot) was acquired by HP last year. The real value of Palm was no longer in their hardware, but in their new mobile operating system webOS. HP now has the ability to release a new line of devices with their own OS, rather than need to license Android or Microsoft’s. I’ve been a long-time Palm user, having an original Palm III, a Treo 650, and now a Pre Plus, so the new tablets are exciting. webOS’s end user experience is on par with Apple’s iOS, but without all of Apple’s restrictions. There’s a huge homebrew community that builds apps for free and a separate catalog for you to install them from, aside from the standard reviewed Palm app catalog. webOS has been struggling to compete with the other mobile OS’s, but if the new hardware is good, there may still be life for Palm out there. 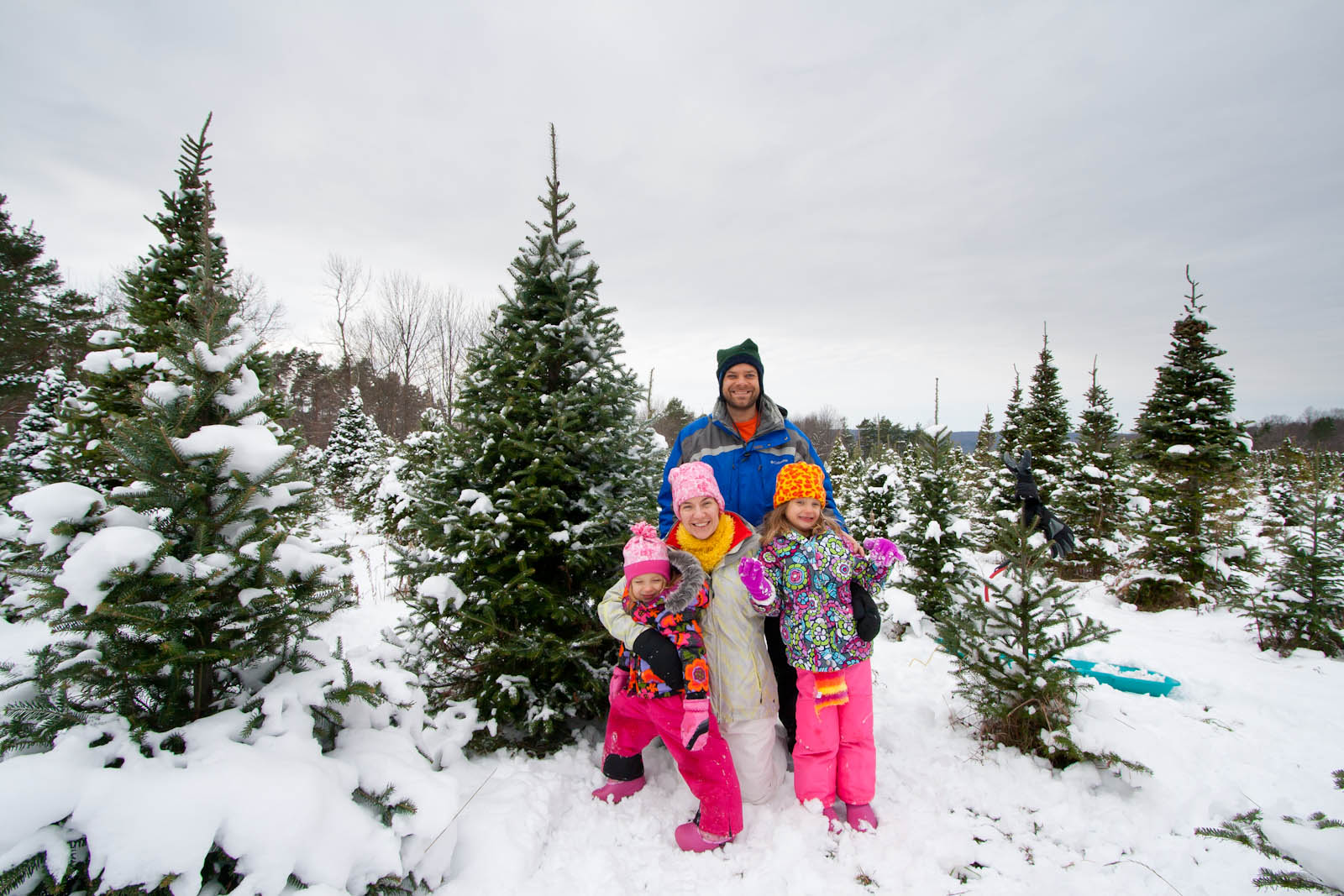 For the past few years, we’ve been heading around the corner to Evergreen Hills to cut down our Christmas Tree.  Here’s a few pics from this year’s trip:

In case you’re just tuning in, I’m slowly processing and posting photos I took on my last trip to Europe, in the spring of 2010. We’re still in Dusseldorf, time for dinner.  I’ve been to Germany twice and both trips required a stop here.  I highly recommend the sausage platter (not a big stretch for…

Take a very close look at this graphic prepared by the Department of Energy: Now tell me… who is gouging the consumer? Only 18% of the cost of a gallon of gas is even related to the refiner… and it includes their profit AND cost. The government, which has no part in the acquiring, refining,…

Infotech Niagara has launched the WNY Technology Blog. It looks like it has some promise to provide insight and commentary into the Western New York technology arena. Add it to your RSS reader! 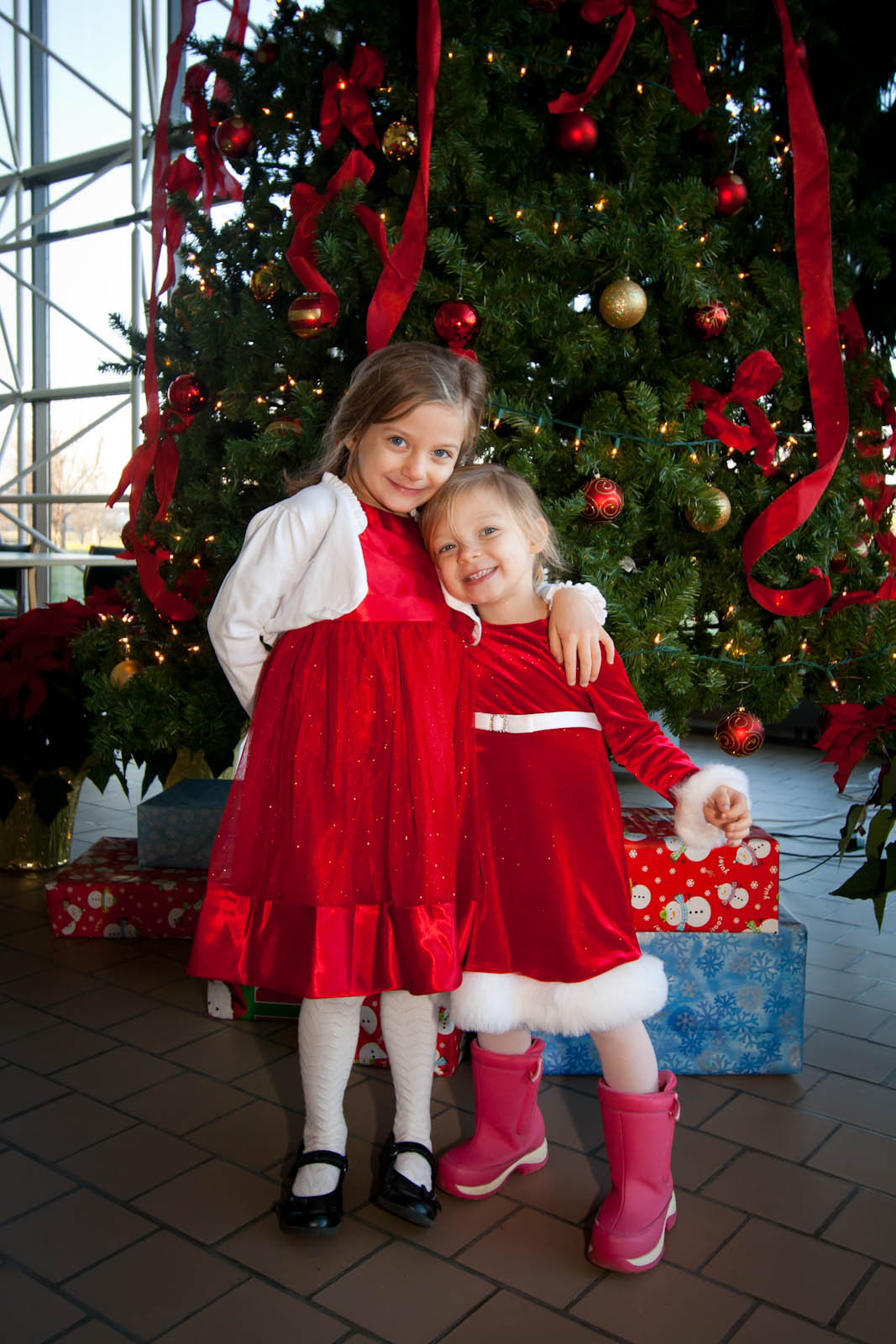 Starting things off with our annual kids Christmas party at Praxair. This year, Cambree wasn’t afraid of Santa. She was actually quite excited to see him.